Enhanced contact screening for MAC missions will be accomplished by adapting deep learning techniques developed by researchers for image processing to perform pattern recognition on the Bayesian target state estimator for MAC. The state estimate, a probability mass function encapsulating the existence of a target and its potential position and velocity, contains 225,000 data points for every ping. This information will serve as the input for a deep convolutional neural network which will label regions of the field as target, bottom clutter, ephemeral clutter, or empty. This labeled map will be used to reduce clutter by improving snippet scores, and increasing the speed with which persistent clutter is identified by MAC. Other improvements include an enhanced operator display and better ping control algorithms. 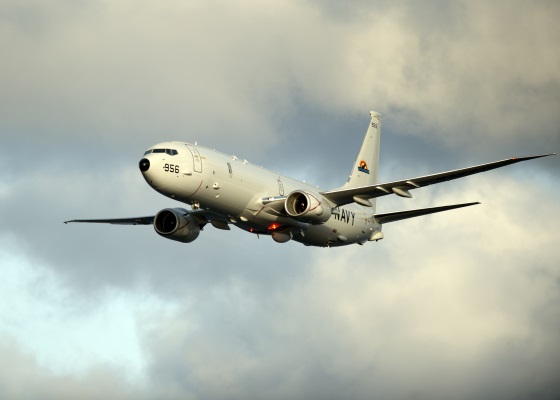 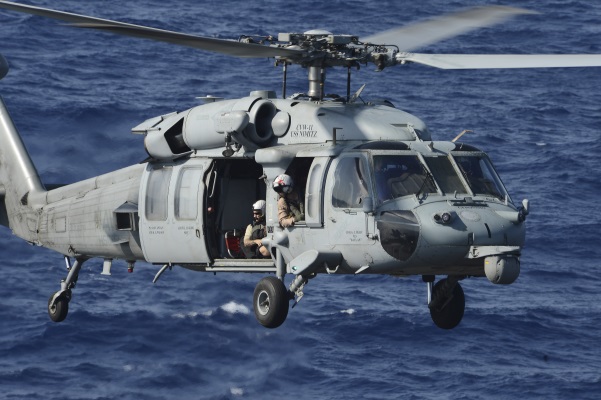 Reliable Target Area of Uncertainty from an Underwater Acoustic Source

SSC is developing technologies which will accurately estimate areas of uncertainty for selected target echoes. The area of uncertainty will be significantly reduced by incorporating advanced buoy localization methods and by retrospective multiple hypothesis tracking on selected receivers with lower detection thresholds. The buoy localization techniques will reduce buoy location errors, sound speed uncertainty, and compass bias errors. The multiple hypothesis tracker will reduce target azimuth errors by repeated measurements of the target's angle of arrival. We seek to reduce the circular error probability radius by a factor of two (2), resulting in a four times reduction in AOU. Accurate and reliable AOUs will be computed from the position probability density function of the target, using in-situ estimates of the relevant target localization parameters. The buoy localization algorithms and retrospective tracker will be used to assess the effects different buoy patterns have on the resulting target AOU. Reduced Target Area of Uncertainty will improve target tracking and prosecution. Increasing the number of target detections using a wide area search system will improve system classification performance.

SSC is demonstrating the technology of using DIFAR receivers to receive data from an MH-60R ALFS system and that data then being linked back to the CV-TSC for processing and operator review. In order to do this SSC will show via simulation that using the DIFAR buoys provides measurable improvement over baseline ALFS detection performance. SSC is modifying existing MAC multi-static signal processing for the mission to run in real time and develop CONOPS and planning tools to enable this technology to be effectively used in the fleet. Later, SSC will field a working SOAR system into the CV-TSC by integrating the real-time signal processing software into the CV-TSC as well as providing a planning tool that would support successful deployment and operation of the system.

SSC & GDIT will develop a self-updating tactical decision aid for the Air ASW community that will generate sensor performance predictions and recommend optimized operational parameters, built on a new service-oriented architecture (SOA) that can autonomously reach out across the internet to retrieve the most current environmental predictions and in-situ measurements. SSC will leverage our Multi-Static Sonar Performance Model (MSPM), which is currently being used for P-8A Increment 3 system studies, to model the current acoustic environment and recommend optimum configurations for sonobuoy spacing, operating depth, ping plan strategies, and pulse settings for a multiplicity of op-areas and threats. 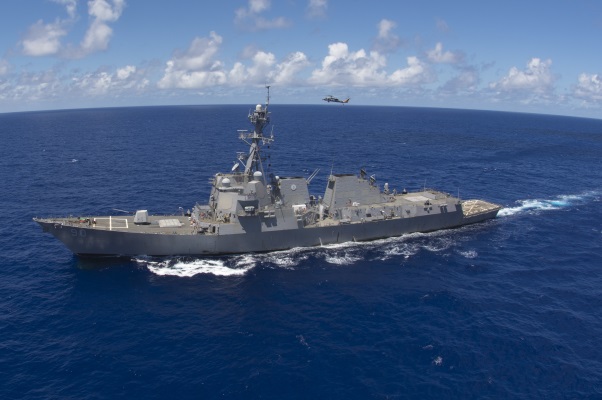 This project will focus on software and firmware development that further improves the search and detection phase of Air ASW submarine prosecution using pulsed spread spectrum waveforms. These enhancements will allow for at least four simultaneous sources to broadcast simultaneously. Estimated probability of detection will increase in difficult submarine detection conditions and search times will be reduced in dense field spacing where single-echo detection rates are higher. The goal for this effort is to develop the real-time software for in-flight testing using an at-sea target. At the end of this effort, we will have demonstrated our technology in the aircraft during a real mission, and demonstrated its usefulness on at-sea data. To achieve this goal, we will complete the real-time software development of the software. We will procure 32 modified SSQ-125 sonobuoys and update their interfaces. We will conduct test flights and update simulations. These tasks will be utilized to prepare the software for integration into the MAC signal processing software and identify risks to integration under the Increment 3 program.

This effort adds an automated multi-static contact follower that significantly enhances active/passive fusion and improves multiple submarine search capability. This approach will reduce the cost of executing the Increment 2 LRT integration by providing a head start on the LRT integration effort prior to the start of the Increment 2 Rapid COTS Insertion (RCI) effort. This jump start will provide the schedule relief needed to fully develop the operator interfaces that will make the LRT an even more powerful tool. During effort, we will focus on the rapid integration of the LRT software and the development of the operator-machine interface (OMI) in preparation for the Fleet evaluation. The option effort will focus on improving LRT performance relative to the baseline software based on the findings of the base effort and the operator evaluation. Option efforts will also include such improvements to the LRT such as additional operator interaction and active/passive fusion. 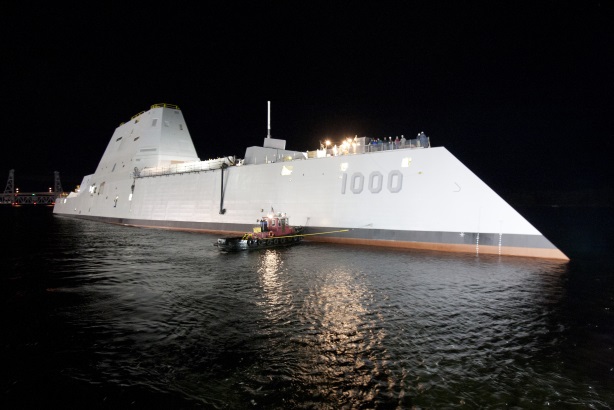 SSC is developing a Maritime Acoustic Relative VELocity (MARVEL) sensor to measure the Doppler shift of an ultrasonic signal induced by the relative motion between an unmanned aerial vehicle (UAV) and the deck. SSC will demonstrate the feasibility of using an innovative, small, lightweight, low-cost array of directional ultrasound sensors to produce real-time tracking velocity measurements (TVM) at low taxiing/creeping speeds. Ultrasound sensors operating in continuous active sonar (CAS) mode are a natural fit for measuring relative velocity. The sensor is always on, allowing for the uninterrupted tracking of the Doppler shift over time. SSC's approach uses Acoustic Doppler to sense motion more directly than imaging or range finding approaches. This sensing modality does not depend on lighting conditions and a significant range of the ultrasonic wavelengths are relatively immune to backscatter from mist and fog, making it a natural choice for day and night maritime conditions.

This effort develops and evaluates features exploiting the swim bladder resonance observed in broadband echoes from fish for automatic screening, reducing mid-frequency active sonar clutter. Real world data from shallow water is used to develop and evaluate features for discriminating between the broad peaks characteristic of an aggregate echo from a school of fish and the comparatively flat echo from target and target-like scatterers. Exploitation of this feature is important because biologics can produce high level echoes, move, and are not amenable to other sensing modalities. Because the frequency and sharpness of the resonances depend strongly on the relative density of fish species and their depth, physically motivated features of the spectral shape and auto-regressive coefficients from speech recognition are leading candidates for investigation. Another product of the work is an understanding of the system bandwidth required to achieve reliable automatic screening of fish echoes without significantly reducing target detections. Beyond the benefits of reliable screening, the developed features themselves offer the potential to improve associations in automatic tracking. This project will demonstrate the feasibility of exploiting fish swim bladder resonances to improve automatic screening and tracking performance of U.S. Navy mid-frequency active sonar systems.

Signal Systems Corporation, with its partners USSI and Marine Acoustics Inc, will show, using a simulation based design approach, that it is feasible to develop a highly automated Marine Mammal Mitigation Sonar (M3S), embedded in an AN/SSQ-125 source sonobuoy, which is effective in reducing operator workload while providing marine mammal mitigation to meet NAVAIR, OPNAV N45 requirements and the US government regulator (National Marine Fisheries Service) current standards. During the Phase I Option we will construct a breadboard of M3S and demonstrate its use in water. The SSC team has proposed a sound approach that comprehensively examines the entire set of risks associated with the M3S problem: sonar performance and development risk, regulatory approval risk, sonar automation in the presence of clutter, and achieving operator workload reduction. At the conclusion of Phase I, the SSC team will have a recommend M3S architecture, Key Performance Parameters that are needed for the final system, a simulation-based design assessment of the M3S performance with respect to these KPPs, conducted bench-top tests of the leading AN/SSQ-125 design changes, specifications for a prototype M3S in Phase II, briefing materials for regulatory review and a breadboard that will be tested.

The Airborne ASW Platform as an Underwater Sound Source

SSC showed, using a simulation-based approach, the extent to which it is feasible to use airborne ASW platforms as an underwater sound source useful in submarine echo detection. SSC developed ocean acoustics models which include the refracted paths and the evanescent path, and are capable of modeling the air/water interface. Airborne multi-tonal and broadband low frequency sources will be used as excitation sources. These model components were be incorporated into existing SSC multistatic coherent sonar performance simulations and used in conjunction with the Likelihood Ratio Tracker (LRT) model to determine the feasibility of the approach, optimal configurations, and requirements for specifically designed airborne sources. In addition SSC conducted a tradeoff study concerning available source noise generation alternatives for the infrasonic frequency source generation mechanism which will be experimentally verified to fully explore the feasibility of the evanescent (lateral wave) excitation path.

Future Air ASW will be conducted at higher altitudes, making visual, Mark-On-Top and RF techniques less accurate for receiver localization. Alternatives such as installing GPS receivers in the sonobuoys suffer from high cost or are easily jammed. Recent news reports concerning North Korea's jamming of joint US-South Korea military exercises highlights the vulnerability of our defense systems to GPS denial, and makes it critical to find alternate solutions that do not rely on GPS. What is needed are techniques that can provide buoy and target localization using acoustic information. Traditional acoustic stabilization techniques typically update only the relative geometry of the sensor field. Absolute positions depend on initial drop accuracy which at high altitudes is going to be challenging. Field ocean currents will also introduce errors that traditional acoustic buoy stabilization techniques cannot overcome. Signal Systems Corporation is developing a new and innovative acoustic approach of buoy and target localization to provide absolute target geo-location without visual, RF or GPS inputs.

Demonstrate software that increases the spatial coverage of the AN/SSQ-125 sonar system, reducing the search time and eliminating the need to deploy additional localization sonobuoys during operations.

The RAP/VLA and other emerging sonobuoy based sensing systems require a robust over-the-horizon (OTH) communications mechanism that offers low probability of detection (LPD) and low probability of intercept (LPI) as well as secure transmission. Signal Systems Corporation (SSC) will demonstrate a system in water with a RF Gateway Buoy. The RF Gateway Buoy will also house COTS SATCOM, VHF, and acoustic communications modules with encryption. 500 mile OTH transmission tests will be conducted using a custom designed land based Master Station.